Vanguard surveyed more than 850 millennials in the U.S. currently aged 24 to 39, who make at least US$50,000 per year, as part of a broader study on how people across different generations feel about retirement, investing, and financial advice during market volatility. 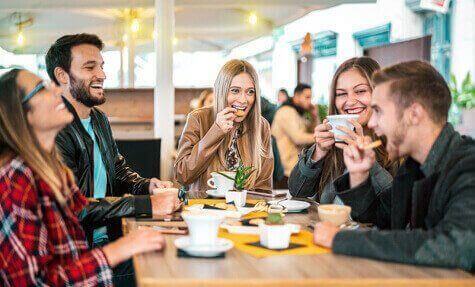 In just over two months from now, the oldest millennials will be turning 40.

It's an interesting milestone in the sense that parts of what some still refer to as the “younger generation” are not so young anymore.

In fact, many older millennials may have already been working for more than 20 years, as opposed to those at the bottom end of this generational cohort who are still aged in their early twenties.

The widely accepted age definition for millennials (also known as Gen Ys) covers people born between 1981 and 1996, making the youngest 24 years-old. Next year, they'll be turning 25.

Because of this wide age variance, there is likely to be a large variation in accumulated investment wealth across the millennials spectrum.

Where this all comes together from an investment perspective is in recent research conducted by Vanguard in the United States.

Vanguard surveyed more than 850 millennials in the U.S. currently aged 24 to 39, who make at least US$50,000 per year, as part of a broader study on how people across different generations feel about retirement, investing, and financial advice during market volatility.

The survey was active during May – the period when financial markets were staging a strong recovery after their sharp falls in February and March.

The events during the first quarter would have been the first experience for many millennials of a major correction on equity markets.

When describing their feelings towards investing at the time of the survey in May, almost half of millennials said they were cautious (46 per cent), and used words such as fearful (28 per cent), and sceptical (27 per cent).

This compared with before the COVID pandemic when millennials were understandably less cautious (32 per cent) and had a much higher leaning towards other words such as optimistic (29 per cent), and motivated (23 per cent).

Vanguard's U.S. research ties in with the findings from the recently released 2020 ASX Australian Investor Study.

The ASX found that over the next few years the number of younger Australians actively investing will continue to rise. Intending investors have an average age of just 34, with 27 per cent aged under 25.

Among the “next generation investors”, as the ASX refers to them, 41 per cent list building a sustainable income stream as their top investment goal. Maximising capital growth was the next highest selection (25 per cent), followed by achieving a balance between capital growth and investment risk (16 per cent).

On paper, the millennials generation is a long way from retirement.

But the reality is that a high percentage of millennials are actively thinking about retirement.

According to the Australian Bureau of Statistics, the average retirement age in Australia is 55.4 years.

Nearly two-thirds (63 per cent) of those surveyed by Vanguard defined a successful retirement as being able to do what they want when they want.

That loosely fits in the Association of Superannuation Funds of Australia's “comfortable lifestyle” retirement standard, which factors in the ability to enjoy a good standard of living and make regular discretionary purchases.

ASFA's current budget calculations are that a single would need $43,687 a year to live a comfortable retirement lifestyle, and a couple $61,909 a year.

Almost 70 per cent of the U.S. millennials surveyed were confident they were putting away enough money to be financially secure in retirement.

However, once they reach retirement age, 39 per cent said they intended to pursue a new career at “retirement”, and 35 per cent planned to start a business.

There's no doubt that when it comes to both investing and retirement, there's a lot of diversity across the millennials generation.

Older millennials, certainly in some cases, will be actively thinking about retirement already because they may even be considering retiring within the next 20 years.

Many will already own a home, have a family, and will have had the benefit of close to two decades of accumulated investment returns.

Younger millennials, on the other hand, may only be taking the first steps in their career, have limited assets, and have different investment objectives to their millennial elders.

Yet there are likely to be many commonalities, especially given the fact that almost three-quarters of the U.S. survey respondents, covering millennials of varied ages, said they were keen to learn more about investing.

In Australia, that relates back to around 70 per cent of next generation investors wanting to build sustainable income and maximise capital growth.

Yet, irrespective of generation, the fundamental principles around investing remain the same.

They revolve around setting appropriate investment goals that are measurable and attainable; having a well-diversified asset allocation strategy; controlling investment costs to maximise returns; and maintaining perspective with patience and discipline, regardless of short-term events.